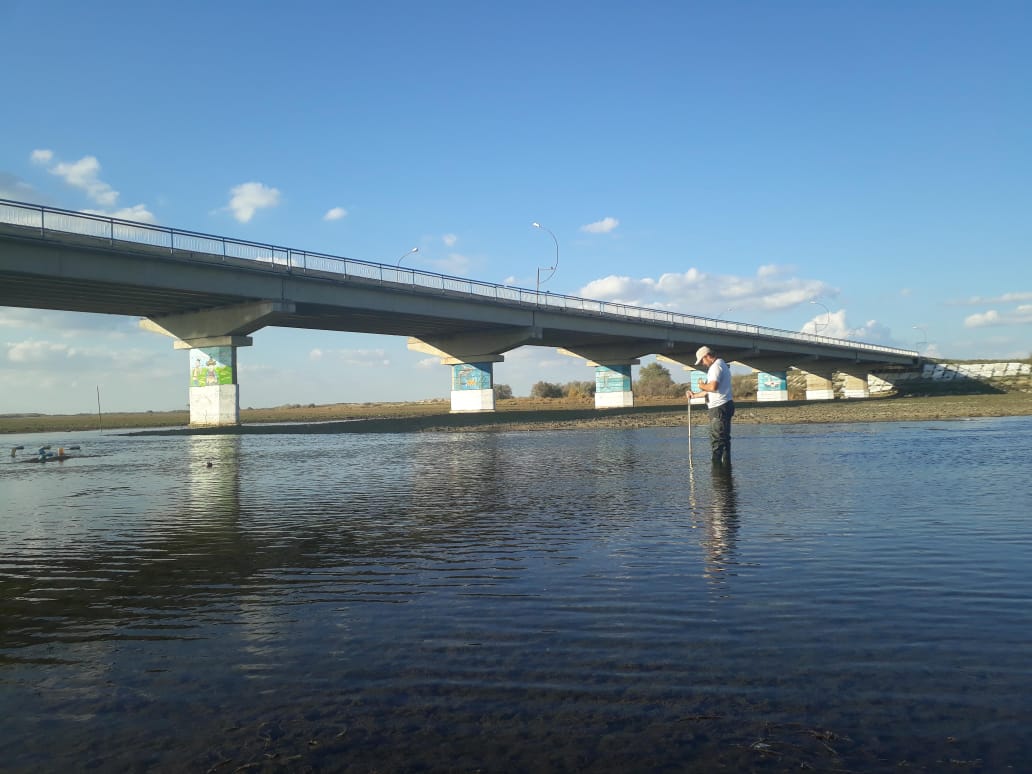 The hydrological service is one of the main production divisions of RSE "Kazhydromet", whose task is to provide timely and high-quality state bodies, the population and economic sectors of the Republic of Kazakhstan with routine, operational and predictive hydrological information about the country's water bodies.

Every day, 2 times a day, observations are made on the water level, water temperature, and air temperature. Every ten days measured flow of water (during flood/flood quickened).

In autumn, winter, spring ongoing monitoring of ice conditions in the winter made observations of ice thickness and snow depth on ice.

The hydrological service is managed by the Department of hydrology, which is headed by a Director.

The Department of hydrology consists of:

The Department of hydrological forecasts conducts an operational assessment of the actual state, develops and forecasts various elements of the hydrological regime of water bodies of the Republic of Kazakhstan.

Currently, this division produces the following types of forecasts:

- week of hydrological forecasts in the period of spring flood;

- water inflow to reservoirs for a month, quarter, year;

- flow of mountain rivers during the growing season;

The Department of the state water cadastre and hydrological research carries out work on maintaining the state water cadastre under the section surface waters. It collects, verifies, processes, summarizes and analyzes data reliability, accumulates, stores and distributes information, and maintains a database of surface water monitoring for river basins, lakes, reservoirs and seas. Performs hydrological analyses and calculations, prepares applications for consumers of hydrological information on request, prepares hydrological data for exchange at cross-border posts and for the MEG and GGI KVR, according to cooperation programs.

Ugvkigi performs work on the preparation and release of reference and information publications:

3) "materials on evaporation from the water surface" (average-decade monitoring data).