Coordination Committee for Hydrometeorology of the Caspian sea (CASPCOM)

CASPCOM was established in 1994 by national hydrometeorological agencies (NMHSs) of the Caspian littoral states (Azerbaijan, Iran, Kazakhstan, Russia and Turkmenistan) with the support of the World Meteorological Organization (WMO).

The Statute adopted by the parties in 1994 indicates that CASPCOM was established with a view to co-ordinating, standardizing, cooperating in and improving in the fields of hydrometeorology and pollution monitoring of the Caspian Sea.

It is also determined that CASPCOM sessions take place once a year, and the attendance of 4 parties constitutes a quorum. Chairman and Vice Chairman are elected for a two-year period, the rotation of management bodies and session hosting states is performed in alphabetical order.

Draft Agreement on cooperation of the Caspian states in the field of hydrometeorology of the Caspian Sea was prepared through joint efforts of NMHSs- CASPCOM participants. This Agreement is expected to be signed in the nearest future.

The main objective of this Agreement is to establish and develop a regional system for obtaining and exchanging information on the state of the Caspian Sea, in order to ensure safety of lives and facilitate economic activities in the sea.

In 1997 CASPCOM adopted the "Integrated Programme on Hydrometeorology and Environmental Monitoring in the Caspian Sea Region" (CASPAS) prepared with the support of WMO and aimed at assisting in the establishment of the regional system of monitoring and information exchange. This was when CASPAS Coordinator was appointed.

First CASPAS Programme was a large-scale one and relied mainly on international financial assistance. Then it was split into separate projects which could be implemented by NMHSs on their own as they have invested sufficient funds in updating of observation networks and information systems in the recent time.

In 2006, a CASPCOM working group was created, which, together with the CASPAS Coordinator, forms the working bodies of CASCOM. In 2010, CASPCOM organized and held in Astrakhan (Russia) the first international scientific conference on climate change and the water balance of the Caspian Sea.

CASCOM's permanent international partner is the World Meteorological Organization. According to the recommendations of the 17th Session (Kazakhstan, Astana, October 16-17, 2012), the working group prepared a poster and booklet for CASCOM for presentation at WMO regional conferences. 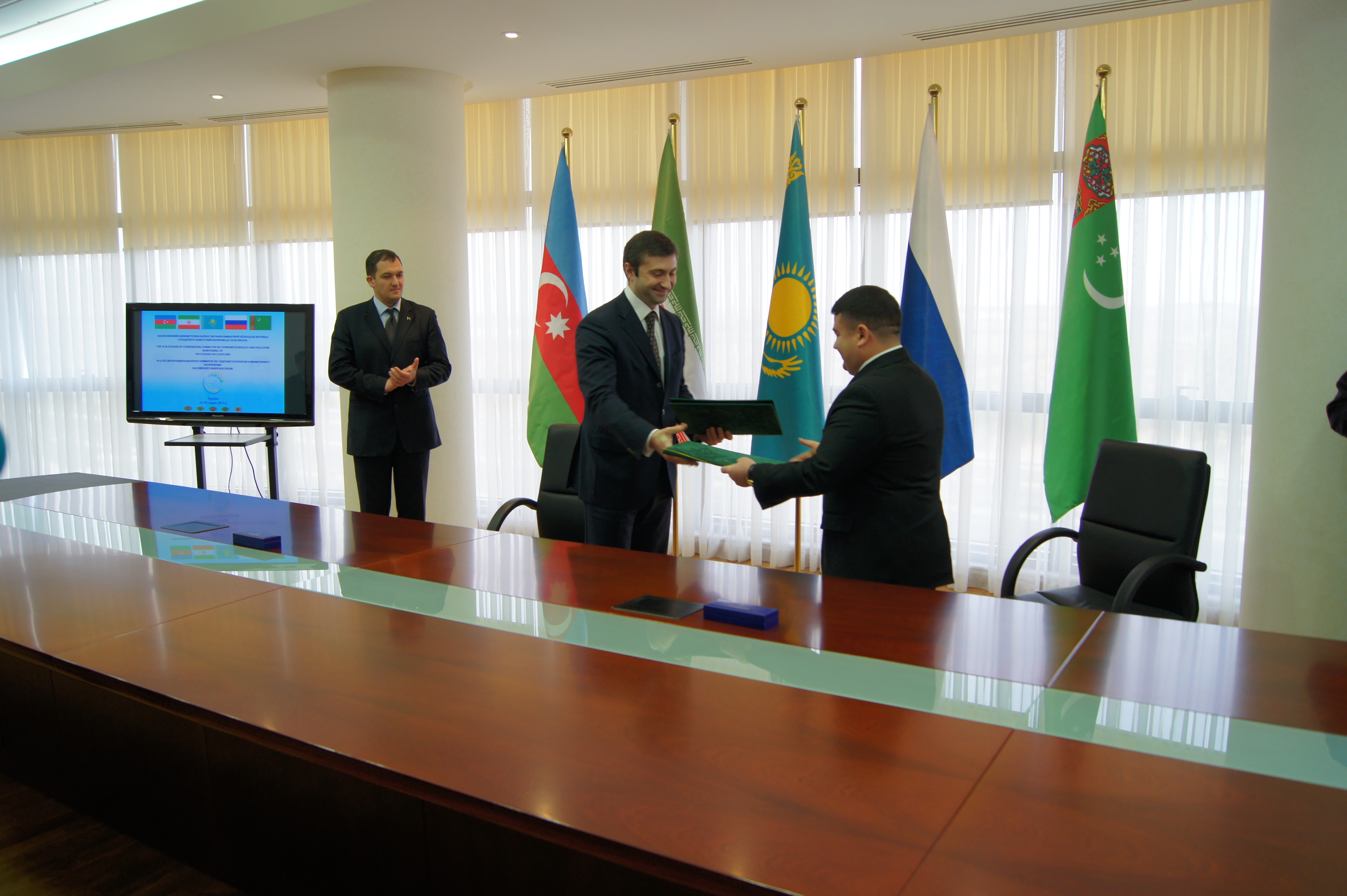 On September 29, 2014, in the city of Astrakhan (Russia), as part of the 4th Caspian Summit - a meeting of the leaders of the five Caspian littoral states - an intergovernmental Agreement on cooperation in the field of hydrometeorology of the Caspian Sea was signed, prepared by joint efforts of NMHSs - members of CASCOM.

On January 31, 2016, the Agreement on cooperation in the field of hydrometeorology of the Caspian Sea came into force, which was signed on September 29, 2014 at the summit of the heads of the Caspian states. (http://caspcom.com/files/AGREEMENT_ru.pdf).

The entry into force of the cooperation agreement, the development and implementation of the comprehensive intergovernmental program on hydrometeorology of the Caspian Sea that it envisages opens up new opportunities not only for the exchange of information, but also for interaction in other areas of hydrometeorology from observations to weather and climate forecasts.

The goal of this cooperation is to ensure the safety of navigation and other activities in the water and coast, depending on changes in weather and climate. Accurate hydrometeorological forecasts, early storm warnings, information necessary for the design of hydraulic structures are especially important for everyone who works in the Caspian.

In addition, hydrometeorological information is necessary to protect the environment, preserve the biodiversity of the Caspian Sea, and rational use of its natural resources. Now, hydrometeorology and ecologists will interact even more closely with each other - thanks to the signing of the agreement, CASPCOM has a legal basis for interaction with the Tehran Convention for the Protection of the Marine Environment of the Caspian Sea.

In general, the entry into force of the agreement means that the CASCOM motto “Cooperation in the field of hydrometeorology for the mutual safety and benefit of people and the sea” received another incentive, perhaps the most important, for its implementation.

Thanks for the request
Our managers will contact you shortly